EMF's - The Dangers of Modern Convenience 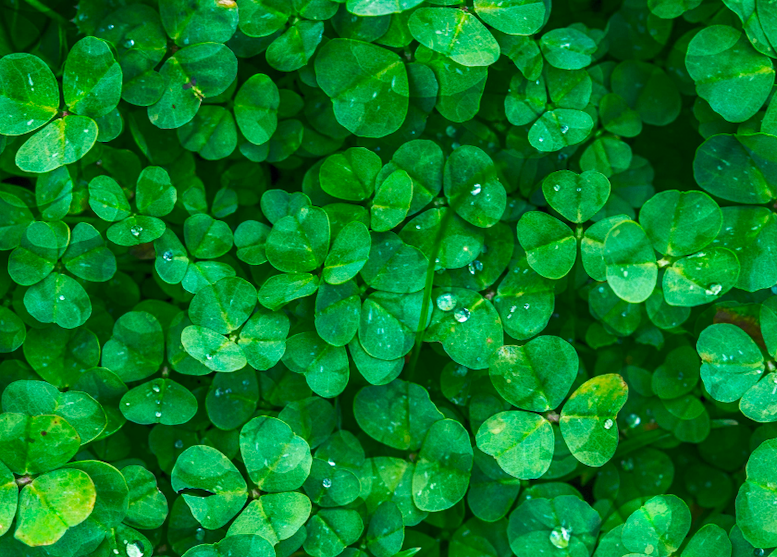 We are immersed in a world of technology, unable to escape from the moment our electronic alarm clocks wake us in the morning until the moment we snuggle under our electric blankets at the end of the day. We have been raised with the luxuries of modern appliances to simplify our lives. Few and far between are the days of manual labor, as there is a machine to do just about everything for us. We live in amazing times, so different from just one hundred years ago. Life is better, right?

Yes in many ways there’s no disputing that life is, at the very least, easier. Yet unfortunately, today we are faced with illnesses that were rare if not completely unheard of just a short century ago. While our technology continues to advance us to new heights, very little attention has been paid to the toll that such feats are exacting on our health. And it was not until very recently that a focus has been placed on the dangers associated with the very “conveniences” that were intended to improve the quality of our lives.

In the 1970s researchers established a link between childhood leukemia and electrical power lines, creating an uproar in rural communities across America. It was found that power lines, like all electrical devices, emit electromagnetic fields (EMFs) that had the ability to cause cancer in children. Since this discovery, more researchers have devoted their attention to determining the full extent to which EMFs impact our health. While the research is relatively new, the findings thus far are frightening.

All power-operated appliances and machinery, both alternating current (AC) and direct current (DC) emit electromagnetic waves. As the electromagnetic waves radiate away from their origin, they decrease in strength rapidly, dropping off almost completely at about 4 feet. Such electromagnetic fields are measured in terms of Gauss (G) or milligauss (mG), 1/1,000 of a Gauss. The electrical wiring in your home, when operating properly, emits between 0.5 and 0.9mG. The EPA’s recommended safety standard is 1mG.

EMFs have been linked to a host of health concerns, including miscarriage, birth defects, breast cancer (in both men and women), adult and childhood leukemia, depression, suicide, Alzheimer’s disease, Parkinson’s disease, Lou Gehrig’s disease, and ALS.

Researchers believe that, rather than causing direct harm, EMFs create subtle changes within the body that lead to serious diseases. Extensive research has been conducted examining the effects of EMFs on a hormone in the body called melatonin. Melatonin is secreted by the pineal gland in the center of the brain and controls the sleeping and waking cycles, enhances the immune system, lowers cholesterol and blood pressure and is a potent antioxidant that plays a part in preventing cancer, Alzheimer’s disease, Parkinson’s disease, diabetes, and heart disease.

Robert P. Liburdy of Lawrence Berkley National Laboratory found that exposure to 12mG EMFs can suppress the ability of both melatonin and the hormone-emulating drug tamoxifen to shut down the growth of cancer cells. Tamoxifen is a synthetic estrogen that prevents cancer cell growth by blocking the cell’s estrogen receptors. In the breast, this can starve most cancer cells of the estrogen that normally spurs their growth. Exposure to EMFs interferes with the drug’s ability to bind to the estrogen receptor, thus opening the door for the cancer cells to proliferate.

Further research indicates that EMFs actually have the ability to alter the hormones estrogen as well as testosterone. Charles Graham, an experimental physiologist at the Midwest Research Institute in Kansas City, MO, found that women exposed to 200mG EMFs overnight had significantly elevated levels of estrogen. Elevated levels of estrogen over many years have been shown to increase a woman’s risk of breast cancer. In the same study, Graham exposed men to 200mG intermittently over a 3-night period (on for 15 seconds, off for 15 seconds) and found that it reduced their levels of testosterone, a hormone drop that has been linked to testicular and prostate cancer.

A study released in January 2004 in the Environmental Health Science Perspectives journal, indicates that exposure to EMFs from everyday household appliances has the ability to alter brain cell DNA. Additionally, EMF exposure increases the number of free radicals in the body, which wreak havoc on the damaged DNA cells. Researchers, Henry Lai, and Narendra P. Singh found that rats exposed to 60Hz fields, standard for AC (alternating current) power in the US, for 24 hours had significant DNA damage. Those exposed for 48 hours had even greater damage. Both groups experienced “cell suicide” in which a cell self-destructs because it cannot repair itself. Most interestingly, their research suggests that even brief exposure can pose a problem, as it appears damage builds up over time.

In 2001, Dr. DeKun Li who led the study team at Kaiser Permanente’s research division conducted a study on EMFs and their link to miscarriage by analyzing a group of pregnant women in their normal everyday environments. Arming each woman with a tool to measure their EMF exposure at different points throughout the day, he tracked their pregnancies, focusing on the number that resulted in a miscarriage. His findings revealed that women who were exposed to 16mG or more had 80% more miscarriages than those exposed to less than 16mG. Of the 159 women who had miscarriages, 132 had exposures of 16mG or higher, and of these, 95 said that they had taken measurements on a typical day. Additionally, his research found that for the pregnancies lost during the first 10 weeks of gestation, the risk was close to 6 times that of less exposed women. For women who were judged to be more susceptible to environmental assaults- those who already had 2 or more miscarriages or who had fertility problems- the miscarriage risk was 3 times higher when exposed to 16mG or more.

So what can you do to protect yourself from EMF exposure? The first step is to understand that your house and office are filled with EMF emitting machinery. Ordinary household appliances tend to generate larger cumulative EMF exposures than power lines. The reason is proximity. As magnetic waves radiate from their source, they become weakened. However, within a home or office, the appliances and electrical equipment create a combined field that often times exceeds the 1mG standard, creating the potential for serious health consequences.

You might be surprised to know that some of the most common appliances that you use emit EMFs hundreds of times higher than the EPA standard. While EMFs from appliances drop off at about 4ft, most people stand or sit closer than this distance. At 12″ away, microwave ovens emit 40-80mG, washing machines emit 2-30mG, electric ranges emit 4-40mG, fluorescent lamps emit 5-20mG and televisions emit .4-20mG. Ironically, the hairdryer, which is generally held close to the head, emits between 60 and 20,000mG at 1.2″ away. Electric clocks, usually located on a bedside table, can emit as much as 10mG up to 3 feet away. So for the 8 hours of sleep that you are getting each night, you are being continually assaulted by 10 times the EPA’s recommended standard.

It is impossible to live your life without exposure to some EMFs. The EPA recommends “prudent avoidance”, which essentially means, put distance between yourself and the EMF sources. The electric alarm clock next to your bed is most likely sitting right next to your head. Move it to the other side of the room. Electrical blankets lie directly on top of your body and their EMF fields can penetrate the body up to 7 inches. Just get rid of them altogether. Don’t sit too close to the television set or stand in front of the microwave while your food is cooking. Hold your blow dryer as far away from your head as possible, or scrap it altogether. And most importantly, stay on top of the research on EMFs, as knowledge is power. If you are not able to get answers from your local government about EMF fields around your home, demand answers. The more that you know about the dangers, the better you can protect yourself and your family.

Dr. Connealy began practicing medicine in 1986. More and more of her patients started asking about alternative treatments and this prompted her to learn everything she could about nontoxic protocols. In 1992, she founded the South Coast Medical Center for New Medicine in Tustin, California, where she serves as Medical Director. Her practice is firmly based in the belief that strictly treating health problems with medications does not find the root cause of the illness. Her goal is to empower and educate individuals and their families through her treatment plans, lectures, newsletters, and articles.

EMF's - The Dangers of Modern Convenience

We are immersed in a world of technology, unable to escape from the moment our e

Difficulty Sleeping? EMF Exposure May Be the Cause